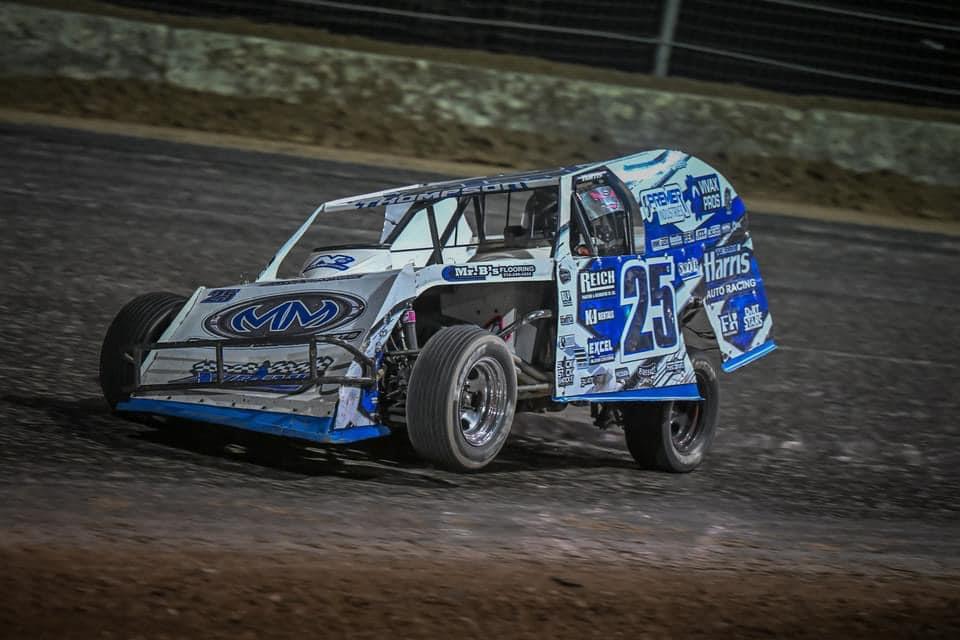 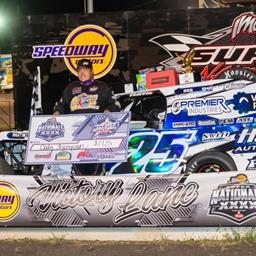 Thompson Tackles Three Divisions at Duel in the Desert

Cody Thompson trekked west to the Dirt Track at Las Vegas Motor Speedway for the 2022 edition of the Karl Chevrolet Duel in the Desert.

After a Wednesday night practice, action kicked into gear on Thursday with Cody competing in the Stock Cars, Northern SportMods, and Modifieds.

Opening night action found Thompson enjoying a great outing against a talent-laden field of 102 competitors. After winning his heat race he charged to his 17th win of 2022 in the main event.

He was followed across the line by Zane DeVilbiss, Dylan Thornton, Tom Berry Jr., and Eddie Belec. The victory locked him into Saturday night's finale.

The second round of the weekend was held on Friday night, and Cody raced to an 11th-place finish in the SportMod feature but fell short of qualifying for the Stock Car feature with an eighth-place finish in his B-Main.

The weekend drew to a close on Saturday night with the championship program for all three divisions.

Cody rolled off from the pole for the $5,000-to-win Modified finale, but unfortunately he hit water on the track early in the feature, which resulted in him receiving damage that ended his night in the 23rd position.

The Stock Car feature was much better for Thompson. After starting 29th on the grid he stormed to a third-place finish behind Zane DeVilbiss and Ethan Dotson with Derek Green and Johnny Spaw completing the Top-5 finishers.

Cody saw his weekend come to an early end in the North SportMods with a DNF in his B-Main. 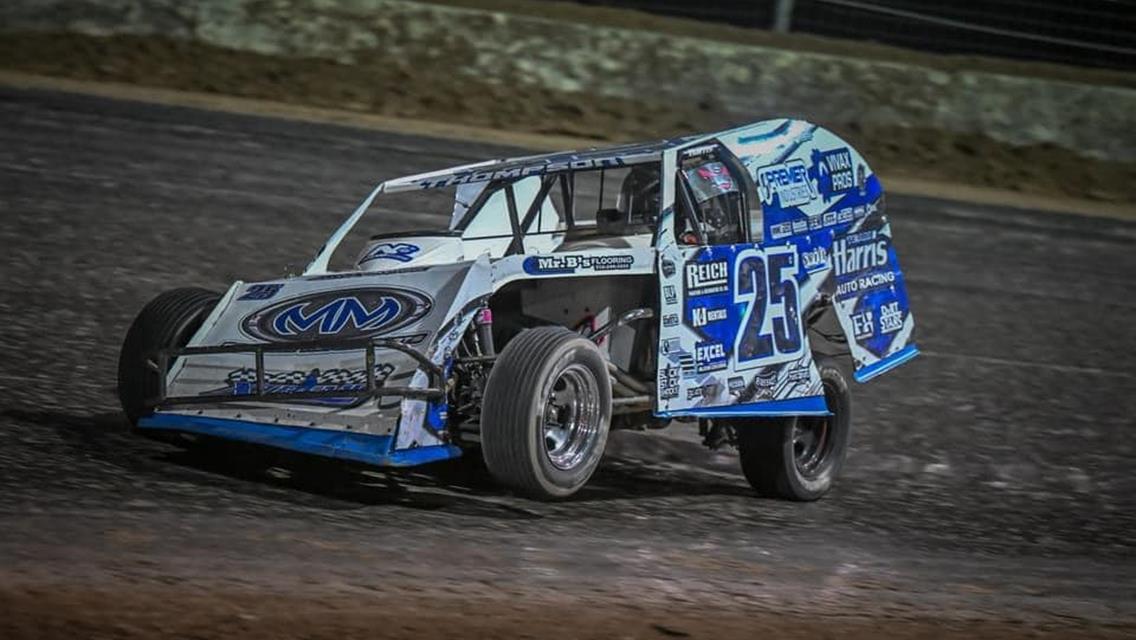 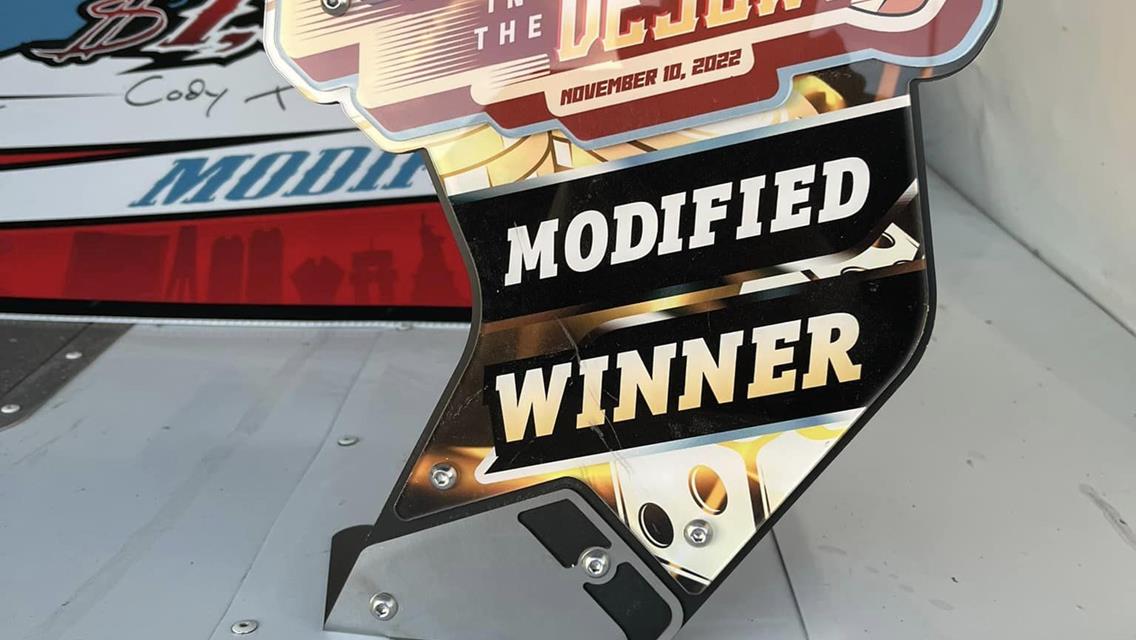 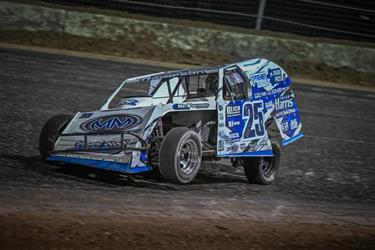 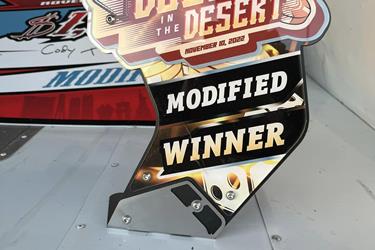 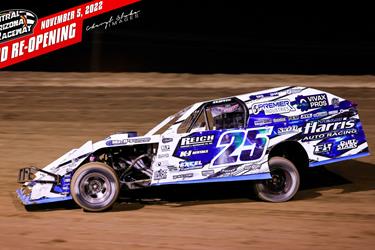 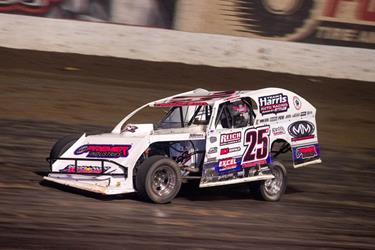 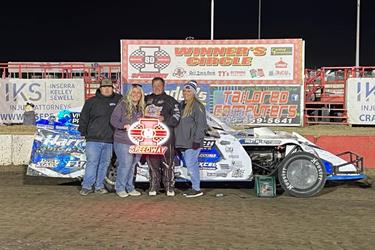 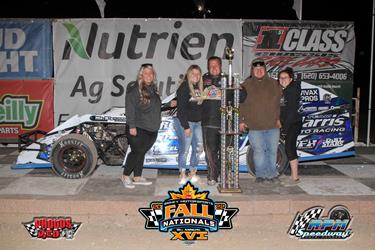